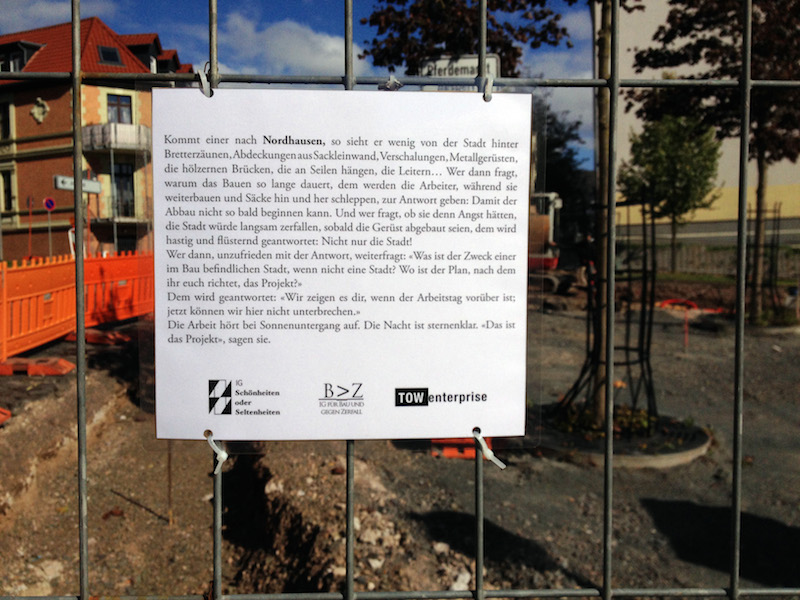 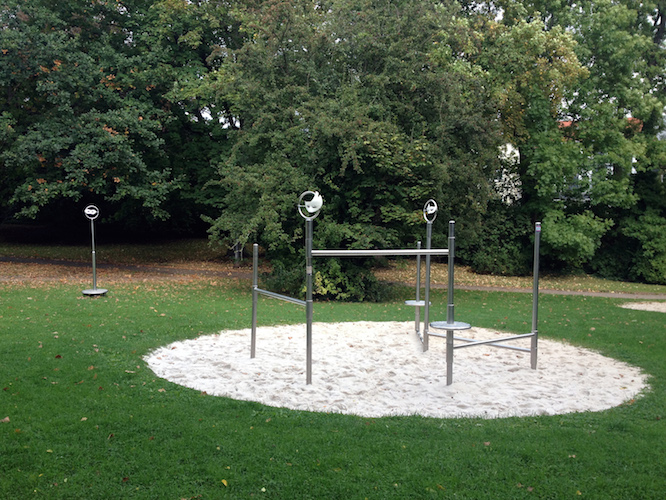 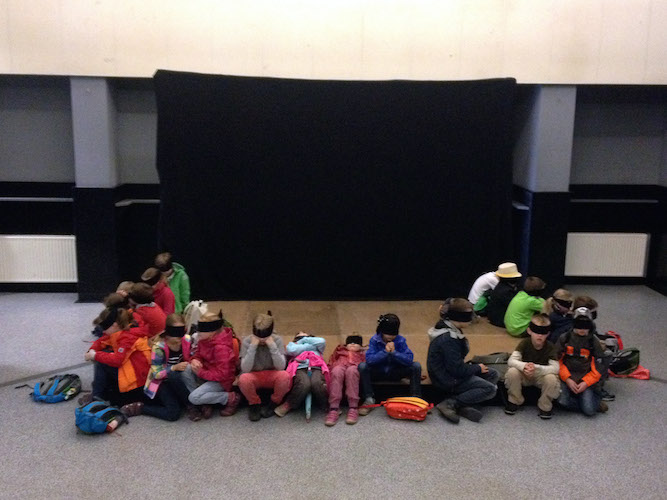 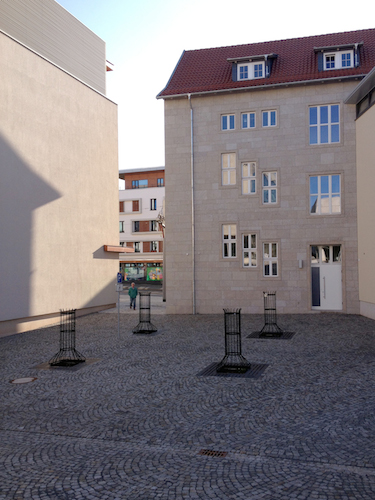 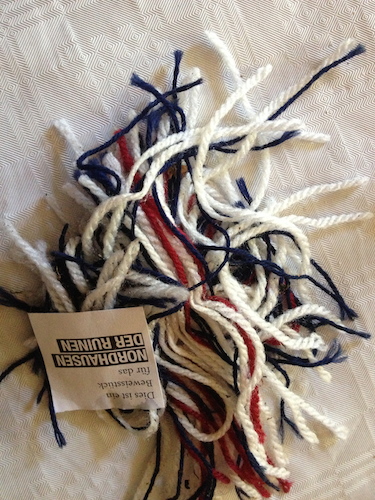 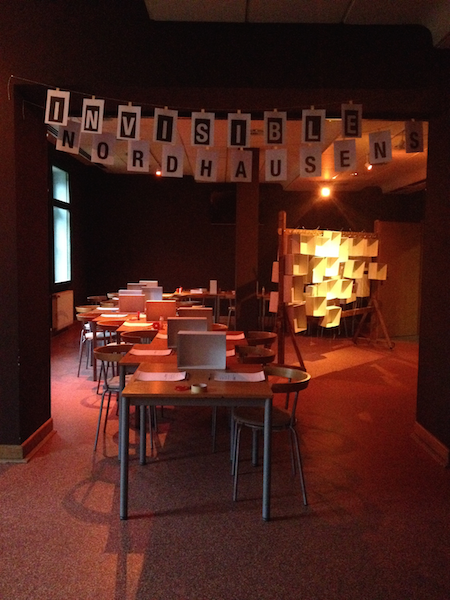 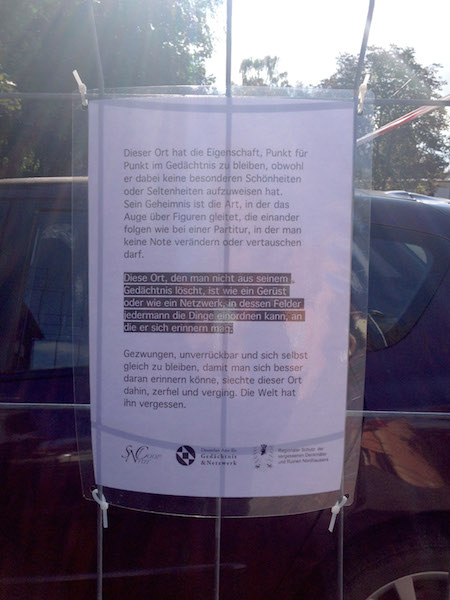 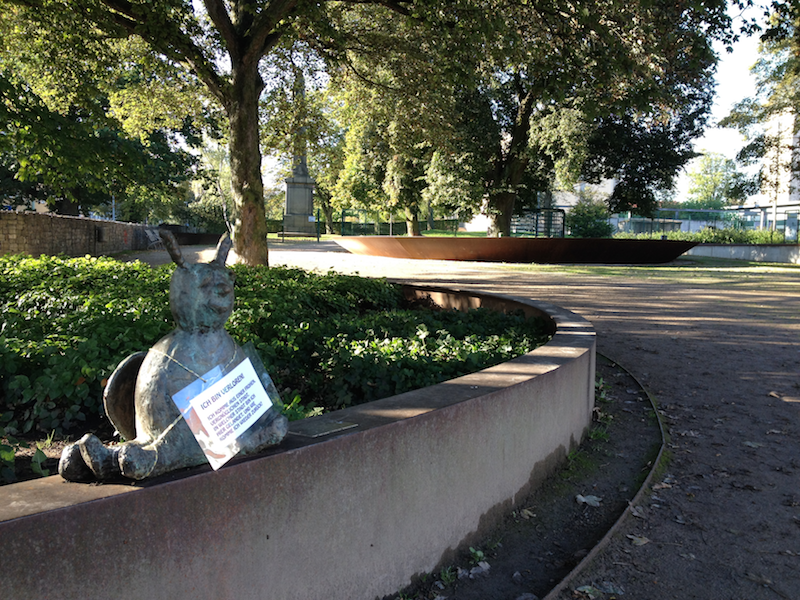 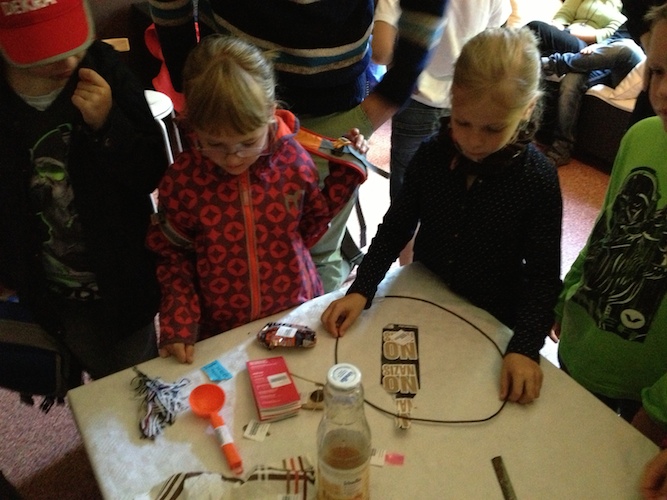 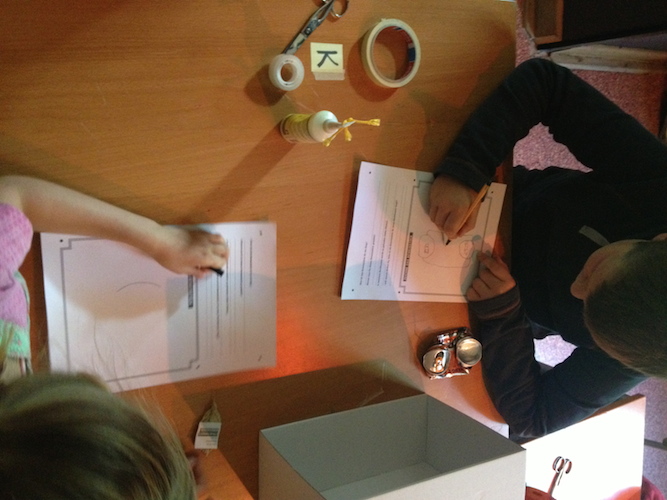 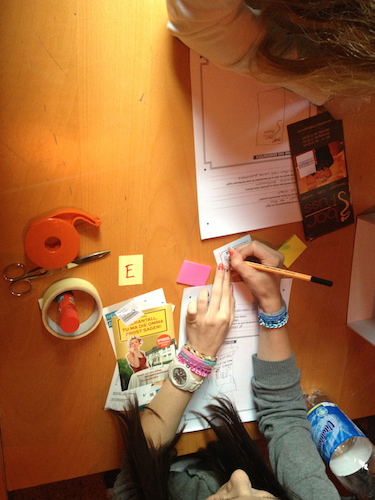 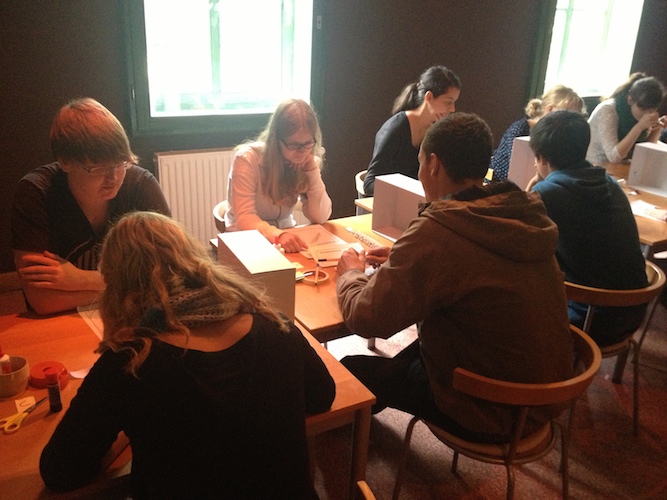 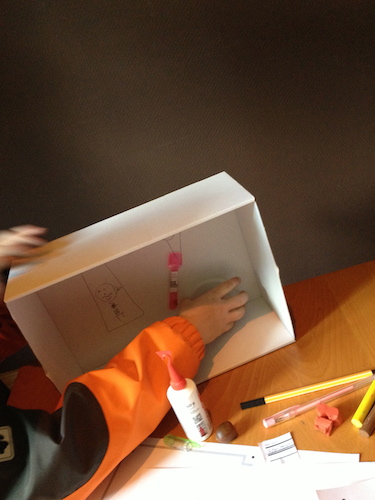 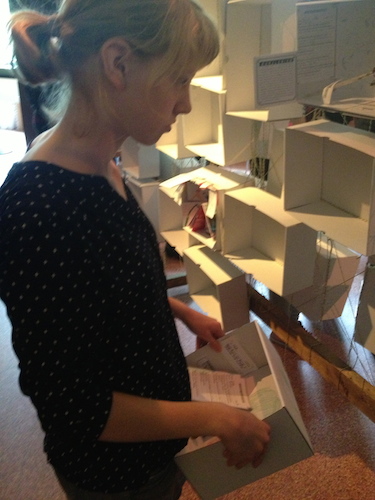 Walkshops with kids/teenagers for the East-German Children and youth festival “Wildwechsel”. September 2014

Actually, Nordhausen isn’t necessarily just one of these cities, it can be all of them -and even many more! Depending on who you ask, the answer to the question of what city Nordhausen is, you will get a range of different answers.

Participants of the walkshop were sent into the city to discover the different cities that Nordhausen consists of. On their way, the participants stumbled upon different urban interventions such as a message in a bottle in the city fountain, a secret love message on a park bench, a fake sign on a construction site. These interventions, made by zURBS, were to work as a facilitator for the participants to question and paying extra attention to their surroundings.From each city the participants discovered along their way, they collected an object as a souvenir. These objects were brought back to the walkshop-location where they were further developed through different exercises that made the participants reflect upon their own as well as other’s experiences of their city. Finally, all the material was archived in “the alternative city archive of Nordhausen”, displaying the many different ideas, perspectives, visions and thoughts the participants have for their city.