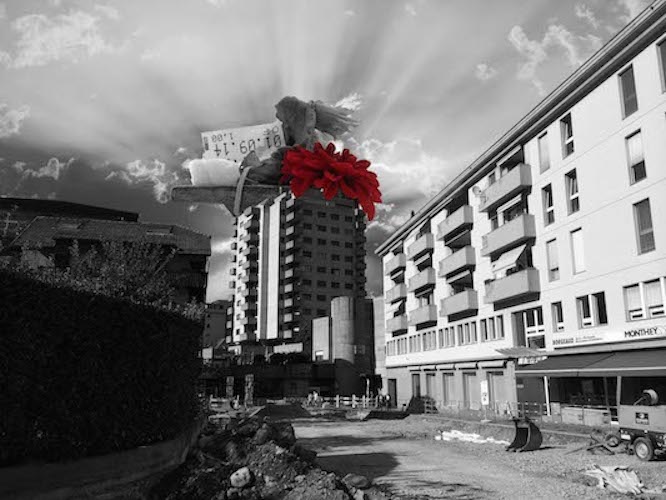 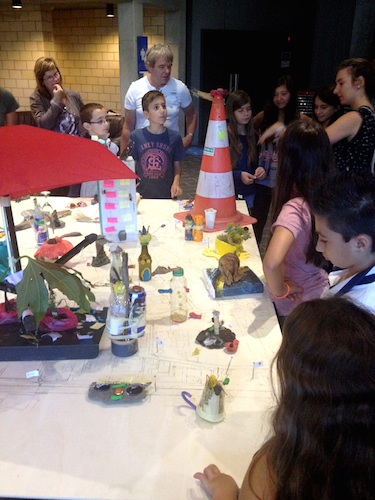 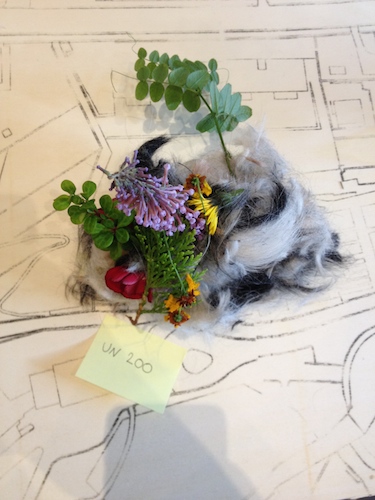 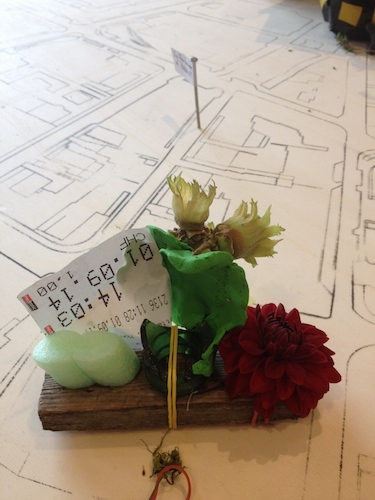 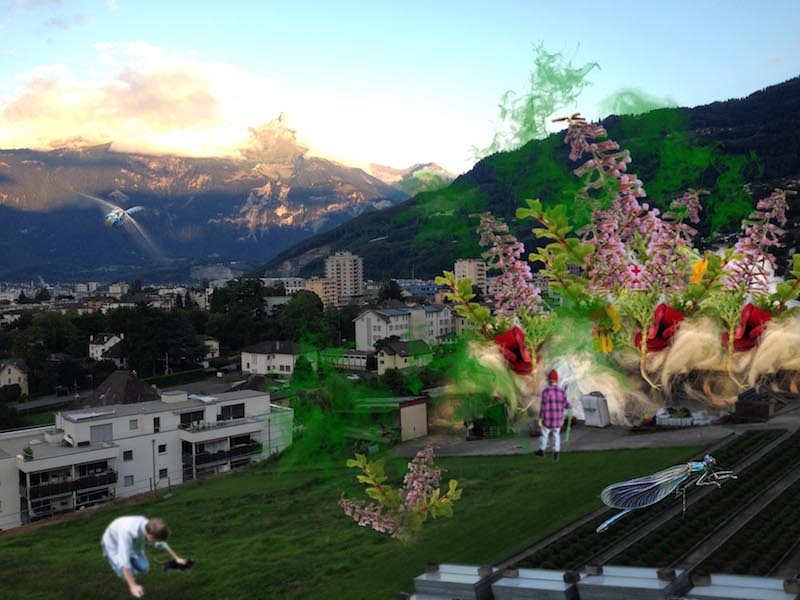 In the context of the Hik et Nunk festival zURBS invited institutions/groups/families/friends to participate in the workshop “Montopia”.

Did you ever walk the streets of Monthey dreaming that something could be different?This week we are building a city model out of your different ideas, visions and dreams for Monthey. It will not be a model of Monthey, but a model of MONTOPIA. Montopia is the Monthey of our imaginations and desires.

In Monthey, zURBS involved a broad range of residents (children, teenagers, architects, politicians, unemployed, parent-groups, cultural workers etc.) to create a model of Montopia –the Monthey of their dreams. On a 2 x 2 m plywood plate with the map of Monthey printed on it, the residents built Montopia out of objects they had found in the city. zURBS would go to all the places where the models had been placed on the map, take a picture of the place and then Photoshop the model into the “real” place where the residents had placed it. This way, a plausible reality was created out of people’s dreams and imaginations. The model together with these photoshopped montages as well as descriptions and explanations for each building were then exhibited at the festival centre.